At the end of August, textile artist Jolande van Luijk gave a workshop on natural pigments to schoolchildren of OBS de Bosvlinder in Hooghalen. This workshop is part of the Hof van Heden Hooghalen project.
Jolande visited the village garden in Hooghalen with the children of groups 5 and 6 and picked paint chamomile, common chamomile, dahlias and marigolds for the workshop. In two half-days they learned about natural colors, felting, dyed wool with flowers, walnut bolsters and madder and they made a small work of art. 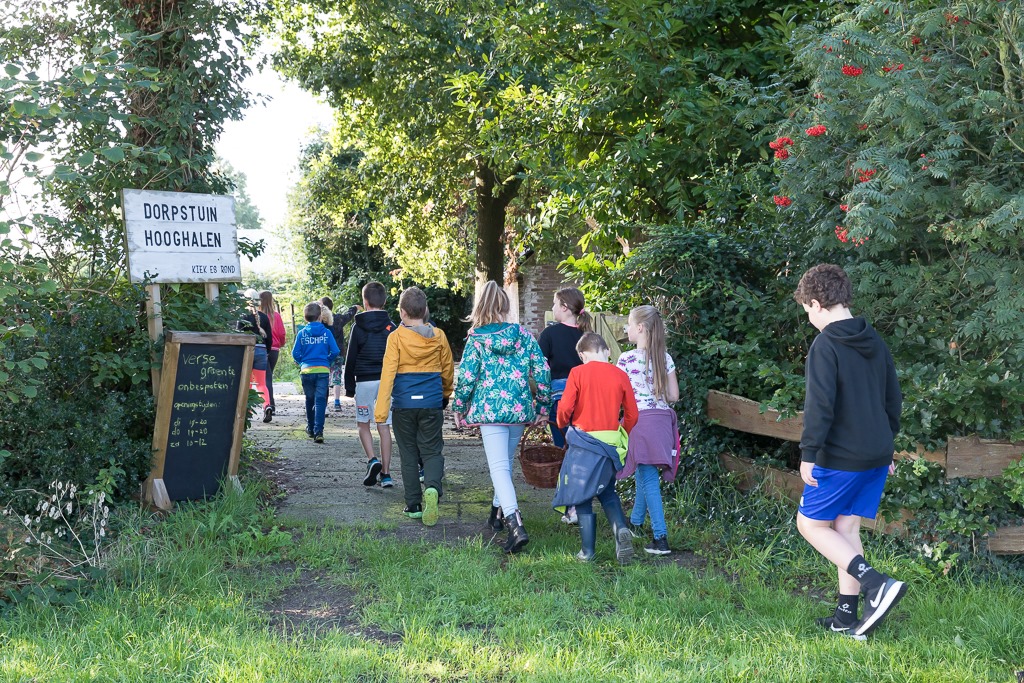 Jolande wrote a short report about the two half-days:
‘Two paint pans were ready in the classroom on Wednesday. In one the yellow flowers disappeared. They were boiled for an hour to make a kind of soup, a dye bath. In the meantime, I told the children about wool and about dyeing, how it was done and how they do it nowadays. Then we lowered wool into the second pan, which was filled with walnut husks. Ink used to be made of this, a strong dark brown dye comes out of it. I talked about the tannins in it and about the oxidation; the color changes from green to brown in a short time when oxygen is added, when you cut them open. All children received a piece of bolster to experience it. After a few hours we were able to remove the wool from the dye baths, rinse it with clean water and let it dry on the drying rack. The colors turned out well, beautifully bright.’ 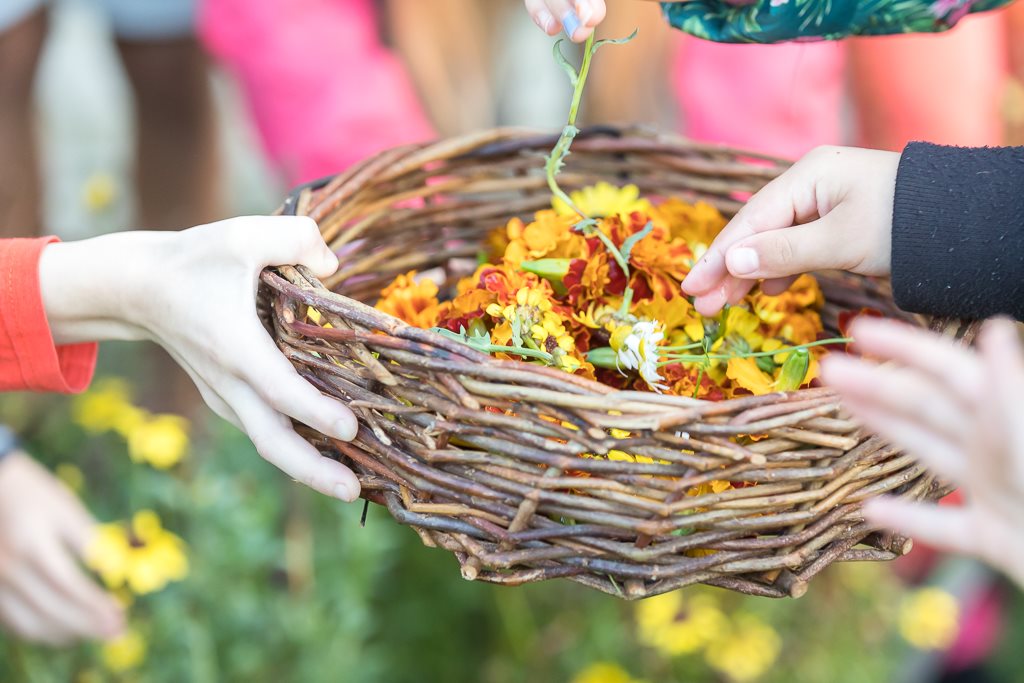 ‘On Friday we started painting with madder. It gives a typical color red that was also used for the Dutch flag and in woolen costumes. While the pan was on the fire I taught the children to felt. Since the artwork that we are going to make in November will have a map of Hooghalen as subject, I first asked them to draw a map of their own house. We copied that drawing onto a thin layer of white wool and ‘colored’ it with all kinds of cheerful colors of wool. With soap and water, with rubbing and rolling and lots of fun, the children made her own work of art. To get a good look at each other’s work, we drew an imaginary street on the floor in the classroom. The children put their house there and for a while we all lived in the same street, the longest and most beautiful street in Hooghalen.’

Later this year the children will make a large map of Hooghalen, a harvest map, under the guidance of Jolande.
To be continued!

By Marjan in open call climate adaptive on 20 October 2020

By Marjan in kraanvogel waterschap eng on 20 October 2020