‘Become an octopus with each other as a symbiosis’

‘Become an octopus with each other as a symbiosis’ 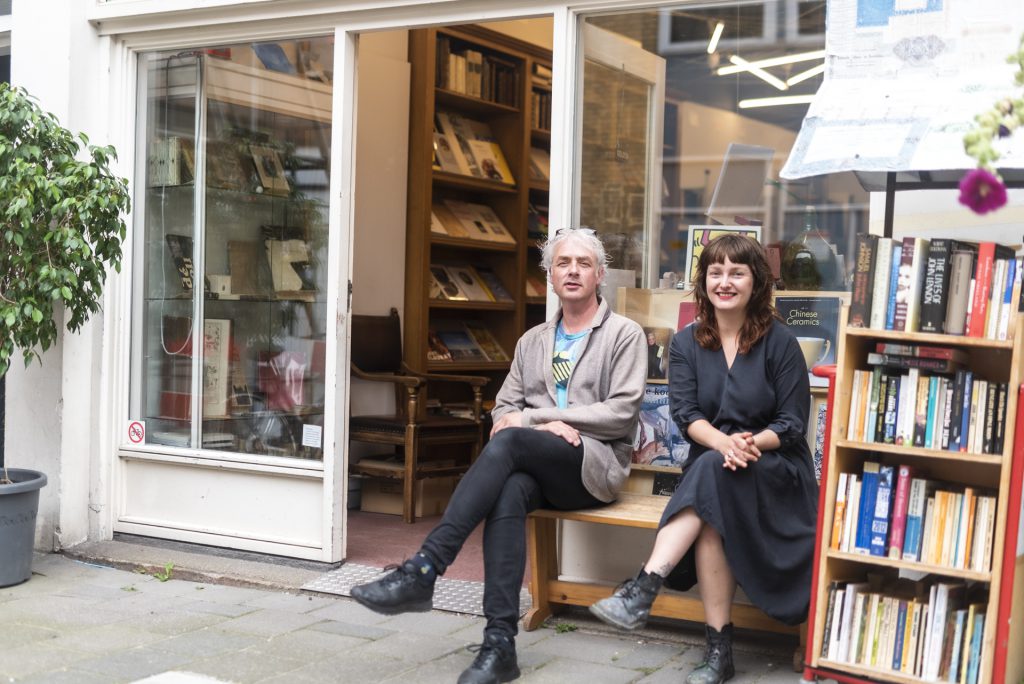 Michel and Lieve in front of the shop. Photo: Sander van der Bij.

Artist Lieve van Meegen creates a design for Groningen Designs for Antiquariaat Berger en de Vries. She is inspired by the octopus, which has survived all climate changes, catastrophes and extinctions for millions of years!

Can you briefly describe yourself and your work?
‘My name is Lieve van Meegen, I graduated from Art Academy Minerva, worked in London, New York and Groningen, and I was born in Eindhoven. I focus on painting, performative work and hydro-feminism.’

Which assignment are you working on and for which company?
‘I am going to make ‘Mosscotobodies’ on the facade of Antiquariaat Berger en de Vries. To this end, I use the outline of the bodies of shop owner Michel and his partner. I will copy this outline on the facade with a mixture of moss and yogurt, which will ensure that the joined bodies will grow! It is a variant of ‘Octobodies’. In this work, I position a couple, one after the other, on an unstretched canvas on the floor. They outline each other in this position. The perimeter has eight limbs, eight tentacles, four legs and four arms. It is a transformation into cephalopod, into the union of two people with each other.’

Which (waste) material will you use and why?
“I will use moss. The city of Groningen consists for the most part of bricks and asphalt. This causes the city to heat up. Stone stores heat. Moss, on the other hand, provides moisture and cooling.’

Where do you get your inspiration?
‘By studying the octopus. The octopus has been around for 400 million years and has survived all climate changes, catastrophes and extinctions.’

What do you think of the theme of climate adaptation?
‘As humans, ‘we’ have to adapt. The sea level is already two metres above us. By becoming an octopus in symbiosis with each other, ‘we’ human bodies may also be able to survive.’

Curious?
You can see the end result on Sunday 26 September at Antiquariaat Berger en de Vries in the Pelsterstraat. Lieve will be present between 12pm and 5pm and will be happy to discuss the design and production process with you.

Hopefully we will see you then!

Read more about Groningen Design and the other participants on our project page.

By Bertine Aalderen, van in groningen ontwerpt 21 eng on 1 September 2021

The taste of the 'Haolers'

By Marjan in hof van hooghalen eng on 1 September 2021